Autumn has been showing signs of it’s approach this week, the leaves are starting to turn on the trees around the cattery and the nights are chillier. The cats are lovely and warm in their bedrooms at night and can sunbathe during the day in their garden rooms.

I thought I would introduce you to our lovely pet donkeys over the next few weeks. The first one is Basil, or to give him his full name, Basil Faulty the Wonky Donkey! Basil came over to England in January 2008 from Portugal. A local charity was organising the rehoming of a number of donkeys from a rescue centre over there that was closing due to the couple who ran it becoming too ill to continue. Basil was not in the rescue centre, but the lady who was organising it found him collapsed at the side of the road, with men beating him to make him stand. They only stopped after she offered a large sum of money for him and so he joined the others on the long journey back to England.

When he arrived to us he had collapsed and it took six of us to half carry him over to his new stable, we also rehomed another donkey called Cookie who was in a better state. We rugged Basil up and he recovered slowly over the next two weeks and our other two donkeys Holly and Charlie were very excited to meet him. He was terribly thin and covered in sores and burns. He has a huge lump of bone sticking out the side of his jaw which must of been so painful when he was wearing tack, goodness knows how it happened in the first place. Our vet did months of remedial work on his teeth, they had never been rasped and were making his gums bleed every time he ate. They x-rayed his mouth and estimated him to be between 30-35 years old (donkeys can live until they are 50).

Basil is a cantankerous old man and when he has had enough fuss he will generally bite you! We know this and can read the signs! He also chooses when he will have his feet trimmed and the farriers know better than to try if he is in a mood! Having said that, after what he has had to endure, who can blame him? We love seeing him having a lovely retirement and from not expecting him to live through the night on that cold January evening that he arrived, to still having him almost six years later seems like a miracle. The photo was taken 23rd September 2014 and although he is bonier than last year he is still very well in himself and very much loved. 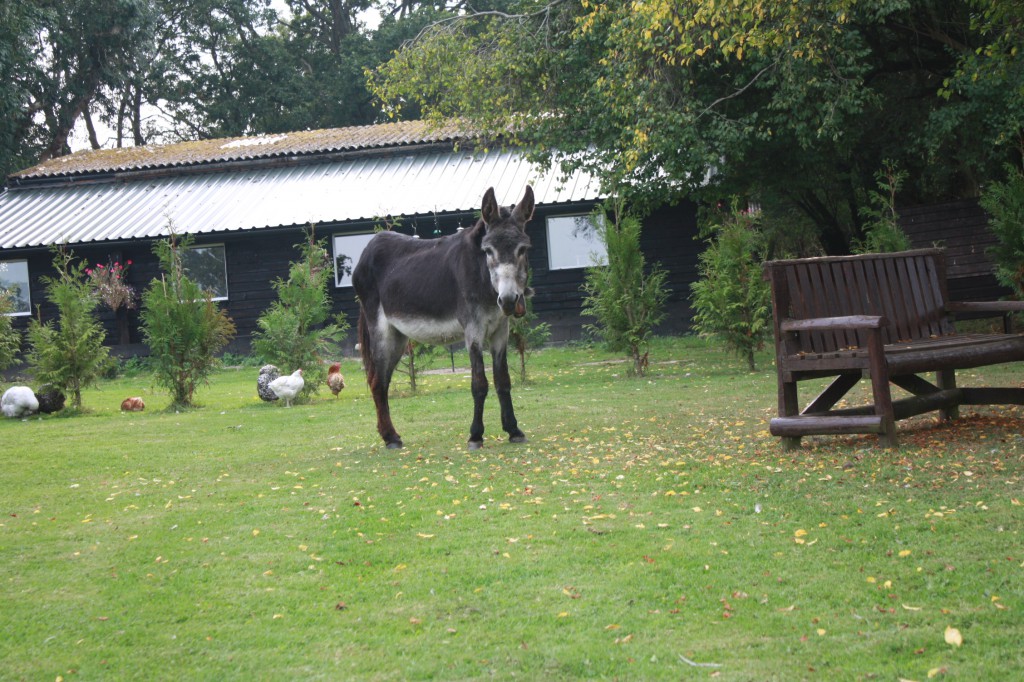